Relive the stories of our settlers.

As the first town established in eastern Kentucky, Prestonsburg‘s history is as storied as the mountains themselves. The year was 1797 and a man by the name of John Graham from Virginia surveyed the land that became Prestonsburg. Graham’s vision of a settlement called Preston’s Station shaped the modern day spirit of our town.

Because Prestonsburg was the first town in eastern Kentucky, it’s only natural that its ties to important events in American history run deep. John James Floyd was only about 32 years old when he was fatally wounded during an ambush by Native Americans. Though he was young, the namesake of Floyd County made the most of his time as a surveyor, militiaman and adventurer — he was a part of the rescue party for Daniel Boone’s daughter, who was kidnapped by a local Indian tribe. Soon after, he became the county’s first appointed judge. 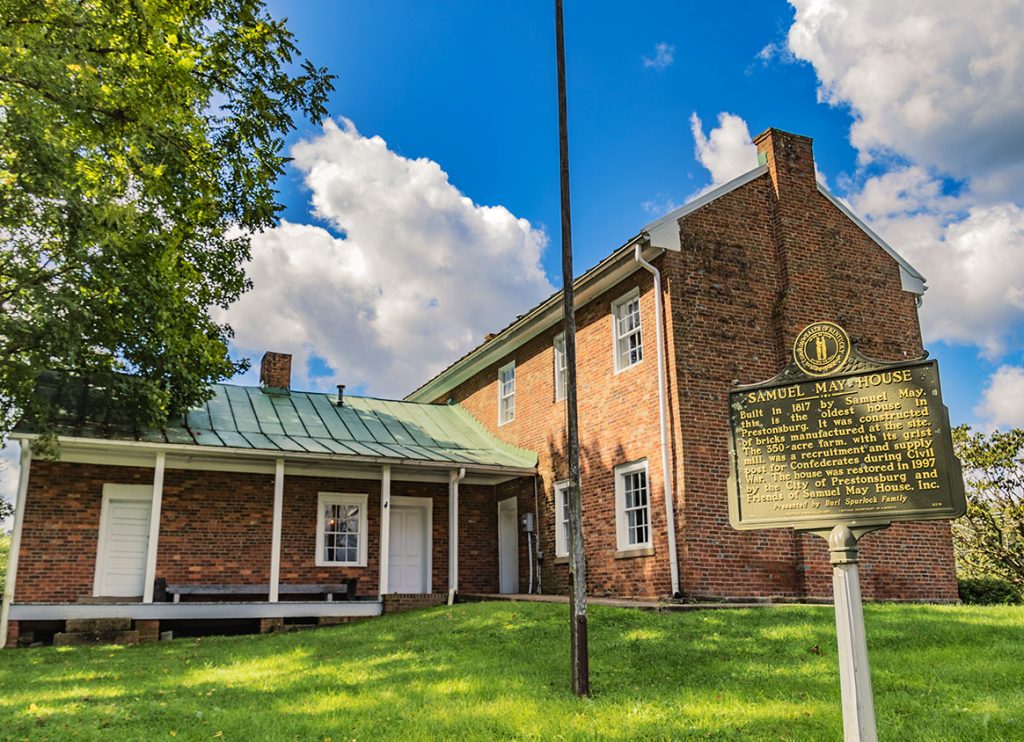 Samuel May was born and raised in Virginia by the son of a Revolutionary war veteran. He moved his family here and soon after built the family home in 1818. Workers gathered hand-hewn logs from the surrounding forests, molded Kentucky clay bricks on-site, and ground freshwater mussel shells out of the Levisa Fork River into lime. This house is significant not only for its exceptional Federal craftsmanship but also because its owners and their families played major roles in the development of Prestonsburg and Floyd County.

Samuel was an ambitious businessman and instrumental in the construction of the Mt. Sterling-Pound Gap Road, which paved the way for increased commerce to the area. In its heyday, this home was a social and political hub surrounded by almost 400 acres of land. By the 1830s, May became a state representative and went on to be a senator. It was from the balcony of his home that May is said to have delivered political speeches to citizens gathered on the lawn of the house, while in the meadow below he hosted horse races at his own personal racetrack. 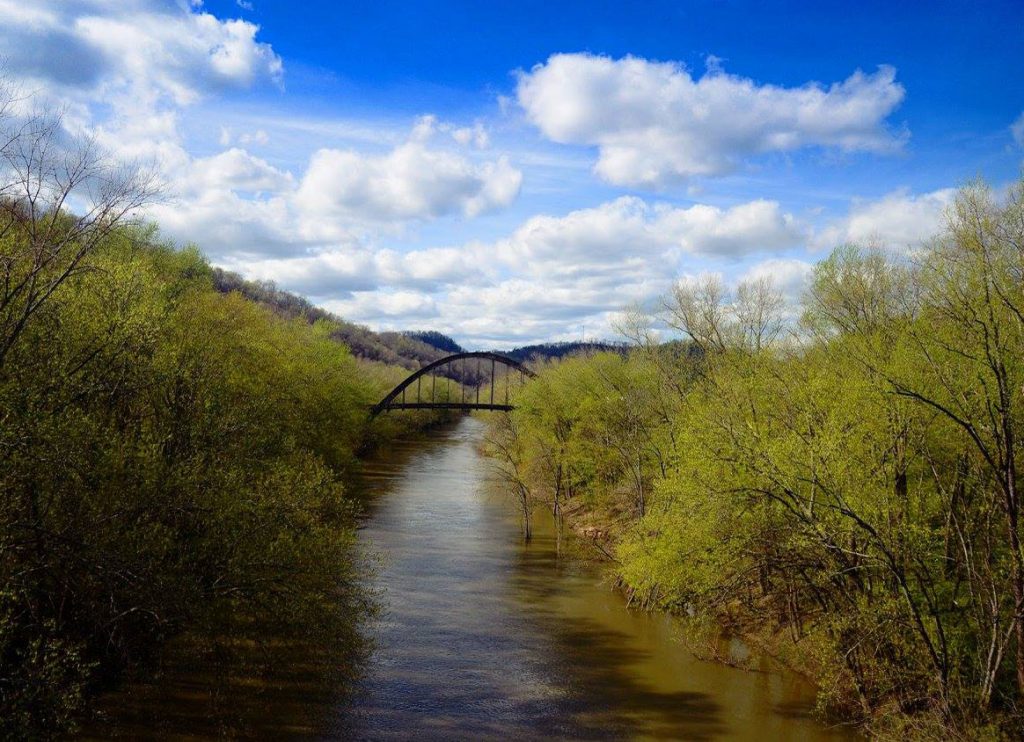 Our most recognizable landmark is the West Prestonsburg Bridge, built in 1928. It is the last of two rainbow arch bridges left in the county. Designed by a Floyd County engineer, it reaches gracefully across the breadth of the Big Sandy River. Plans are currently underway to give it new life as a pedestrian bridge. Looking out across the water, you can imagine what an impact this bridge made — it opened up a whole new world beyond the Big Sandy.