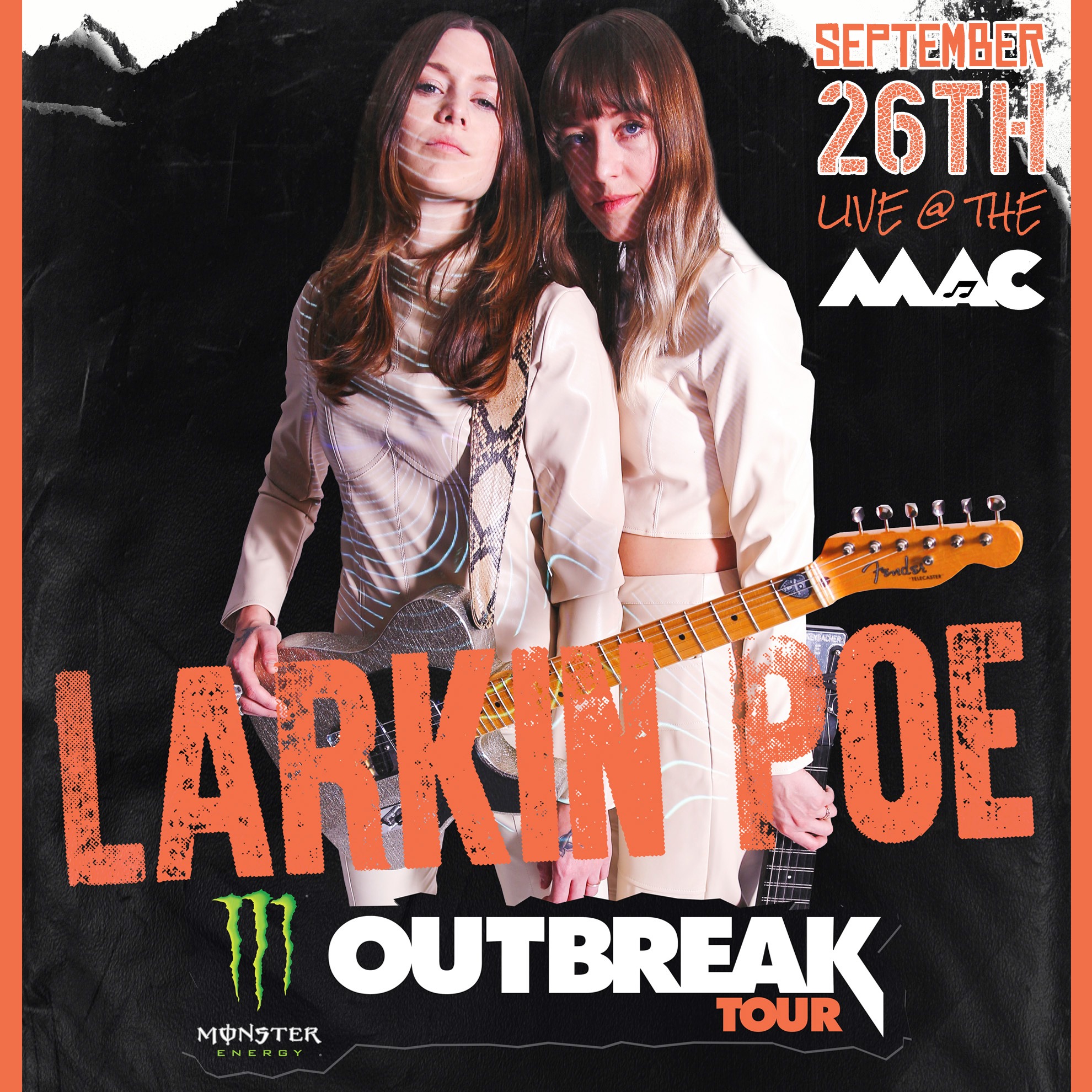 The Monster Energy Outbreak Tour Presents Larkin Poe!
Rebecca & Megan Lovell of Larkin Poe are singer/songwriter, multi-instrumentalist sisters creating their own brand of Roots Rock ‘n’ Roll: gritty, soulful, and flavored by their southern heritage. Originally from Atlanta and currently living in Nashville, they are descendants of tortured artist and creative genius Edgar Allan Poe. In any normal year, Larkin Poe would have released an acclaimed new album and then hit the road for a very long time. But of course, 2020 has been no ordinary year. The GRAMMY® Award-nominated sister duo of Rebecca and Megan Lovell kicked things off in June with their fifth studio album, SELF MADE MAN, topping an array of Billboard charts while earning unanimous acclaim around the world. Instead of a summer of tour buses and packed theaters, the Atlanta-bred, Nashville-based Lovells found themselves at home, performing many livestream concerts and adding to their much-loved YouTube covers series. That got them thinking, and now we have Larkin Poe’s second album of 2020 – KINDRED SPIRITS, a collection of stripped-back versions of covers, both classic and new.
+ Google Calendar+ Add to iCalendar