After just a few minutes of conversation with Kristofer Lee Bentley, it is evident there’s just something about him. You get that feeling he is on an extraordinary journey. It’s doubtful those who have met him would dispute this statement: he is an east Kentucky oracle — a musical medium if you will.

Bentley is one-half of the Prestonsburg duo, Sundy Best. With his partner, Nick Jamerson, their debut CD Screen Without a Door came out to much acclaim in June 2012. The songs they wrote and the videos they shot celebrated their eastern Kentucky roots. It’s safe to say Sundy Best is a significant contributor to the Kentucky music revolution.

With the likes of Sturgill Simpson and Chris Stapleton, who won GRAMMYs in 2016 and 2017, and now, with Tyler Childers burning up the asphalt and the airwaves, a new generation of artists are bringing more attention to the hallowed halls of Kentucky-born-and-bred music. All eyes are riveted on The Bluegrass State. Oxford American Magazine manifested this revolution by releasing a Southern Music Issue dedicated to Kentucky in November. Bentley’s response to all this attention comes as a gentle reminder: “The whole state of Kentucky, the music is so rich … it’s been shown time and time again. We always know there’s going to be something coming from Kentucky.

“Now, we’re just turning our attention to the abundance that we have, the surplus that we have. And in music, man, it’s everything we could ever want right at home,” Bentley said.

This philosophy drives him, and is what he infuses into his ongoing musical projects. His confidence in Kentucky’s most precious natural resource — its music community — keeps him busy, keeps him inspired and keeps him happy.

After releasing four albums and several videos on CMT, appearing at the Austin City Limits Festival, among others, hitting the country music charts, and performing on the Grand Ole Opry stage, Sundy Best needed a break. It gave Kris and Nick the opportunity to explore on their own.

“It was like, [we were] searching for something,” Bentley said. The one thing we were longing for was community and family. Let’s just pause and breathe and re-evaluate and have a fresh start.”

From this place, Bentley found a renewed sense of inspiration for music, and it gave him a newfound energy and purpose. He sees his role in the music community as a facilitator. Not only does he work on his own projects, but he also helps bring the dreams of other musicians into reality.

“…It shouldn’t be you against me, me against you, but we should see what we can create together,” he explained. “…Hey, we don’t have to go anywhere to pursue [music] … let’s just do it right here, and we’ll all do it together … if we have our friends, family and our cousins, that’s half the county. That’ll fill up a room right there, right? So, let’s just get back to doing it for the right reasons.”

After all the touring and new experiences outside of Prestonsburg, “… there comes a time when you’re like, OK, all this I’ve stored up — now where am I going to take it?” Bentley said he admires those who are content  to stay put and remain rooted in their communities. Though, wanderlust was a necessary part of his own evolution, it was important for him to connect the dots and share his experiences, while maintaining a balance between exploration and home.

“We were all led here,” he said. “It wasn’t pretty getting here, but it’s all good.”

Being away from home was what helped him create music. “And it was that soul side of me that was longing, that was crying out in any form it could,” Bentley said.

During the two-year hiatus from Sundy Best, he began playing open mics. While singing and playing guitar by himself for the first time, he found his voice. A self-described “backward and bashful” guy, he never sang any vocals in Sundy Best, preferring to focus on playing the Cajon (a box-shaped percussion instrument from Peru). He opted to let his partner do all the singing, even though he was constantly writing music.

As Bentley began to test the solo waters, he also reached out to other musicians to collaborate. 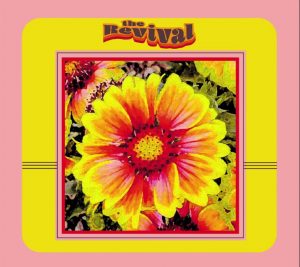 “The hills are singing,” he said with a grin. “I’m very much invested in what’s happening [in Prestonsburg] now. I’m through there all the time. I’m also in Lexington a lot and throughout the state playing music … getting to meet a lot of people and getting to discover so much talent … you discover something and then you want everybody else to discover what you’ve just discovered. It’s never-ending. It’s so fun.”

In 2017, both Bentley and Jamerson released solo albums although they still play shows together on a regular basis. Their “Summer of Sundy” residency at The Burl in Lexington last summer brought a growing crowd on Sunday afternoons. Full of old and new tunes, the duo performed sets with other local friends/musicians in an open jam format, which means they let the spirit lead them.

“What we’re discovering is, now it’s exciting times for us because we are developing and crafting our own stuff on the side, but, we’re discovering it can all be incorporated through what we do together,” Bentley said, “So, it’s beautiful that we have that platform that we were creating the whole time and weren’t aware of it. Wow, what a gift.”

The Revival, a 2-disc album, is Bentley’s first solo release. It’s a fun, raucous roots rock album, perfect for back road rambles, and just as good for escaping on the open highway. Area musicians Brother Smith are his backing band for these tracks and bring their soul-infused horn section to the table. That dynamic sets this project apart, channeling deep soul music influences. The listener can hear a renewed sense of Bentley’s energy and vision reflected in the songs.

Bentley has a lot of plans up his sleeve, and the main focus is continued collaboration with other Kentucky musicians. Last month, he was in the Mountain Arts Center recording studio again laying down tracks on a new project with rising singer/songwriter Chelsea Nolan and bass player Andy Brown. This album will include both Nolan and Bentley’s original tunes and include special guest appearances by more local musicians, such as 2017 International Blues Challenge Semi-finalist Jason Short and Chelsea’s brother, songwriter and musician Josh Nolan. He is also organizing more shows this year, including another residency at The Burl, a CD release party on March 3 for his newest album releases, and an all-acoustic Van Morrison tribute show April 20.

Kristofer Lee Bentley drives home a powerful message that transcends what the world thinks they know about Kentucky: “We know what we have. We know who we are.”

For those who have been in tune with the exceptional musical resources here in Kentucky, they think it’s about time for all this recognition. Bentley shares their sentiment. “If no one knows about it, it’s just a matter of time, and we all know that.”

Hungry for more? There are plenty of opportunities to see live music in Prestonsburg. Discover your new favorite local songwriter with our weekly Tuesday Night Songwriters Scene events. Also, don’t forget to check out The Mountain Arts Center’s line-up of shows that include local rising talent from the region and big-name touring acts.