From Grain To Glass: 23 Brewing Company

Prestonsburg brewery carries the tradition forward with its own craft beer

Mike Slone was never satisfied drinking the average American beer. He opted for more unusual brews if he had the choice, and, as the craft beer trend began to grow in the United States, there was more to choose from than ever. But his interest didn’t stop there. He wanted to brew a beer of his own.

Slone bought a home-brewing kit at Liquor Barn in Lexington, which served to ignite his passion. “I love to experiment — that’s one of my favorite things about brewing is making new recipes,” he said. “That’s one of the most exciting things to me.”

Slone’s mother owned several area bars while he was growing up, and his love of cooking and the science behind it translated perfectly to the science and art of brewing beer. When he began working in the kitchen at Lizzie B’s Restaurant, he crossed paths with another beer aficionado, owner Tim Branham. Slone and Branham’s mutual appreciation and passion for craft beer put east Kentucky’s first brewery, 23 Brewing Company, in motion.

Slone was then put in charge of all of the beer orders for the restaurant. But his penchant for unusual beer took a little getting used to for some customers. “Slowly but surely everybody started trying it and liking it,” he said, and like-minded beer drinkers appreciated his taste. Soon, the restaurant realized there was a higher demand for craft beer on tap. 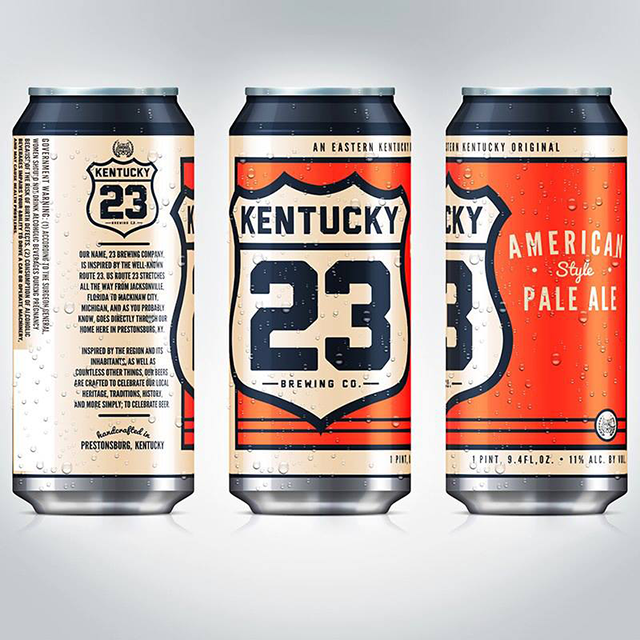 The art of brewing

In his spare time, Slone continued to brew at home, taking on more risky experiments. He and Tom began brewing small batches while trying out flavors and various styles of beer. Slone even visited breweries in region, such as southern beer capital Asheville, North Carolina, to hone his skills and learn more about the methods of commercial brewing.

The term “craft beer” means that it is brewed in the traditional (non-mechanized) way in smaller quantities, which allows for more control and experimentation. This, in turn, creates a more individualized flavor. At one time in America, “every village had its own brewery or brewer,” Slone said. Just as they did throughout recorded history, local taverns and pubs drew friends together to unwind with a pint of the brewer’s tastiest ale.

The brewery carries forward a centuries-old process of small-batch brewing, and just as the brewery name implies, celebrates its roots. Named for famed Country Music Highway U.S. 23, the fledgling brewers usually make at least three batches at time, depending on ingredient availability. From time to time, local farmers donate their fresh hops to the brewery. Slone and Branham also experiment with other local flavors.

“You’ve got to be bold and experiment,” Slone said. “When we first decided to do the brewery, we were home brewing, we were testing out batches in Tim’s apartment, and we ended up making a really good IPA out of paw paws and we haven’t been able to make it yet since we actually started professionally brewing.”

Paw paws’ flavor is similar to a mango or papaya, which balances the flavor of a hoppy IPA. Last year’s paw paw crop was not as good as they had hoped, so they’ll have to wait for this year’s incoming harvest. Slone said he also plans to venture into new brewing territory with ingredients such as coffee and smoked grains. And, he also wants to try his hand at brewing different styles, such as the German wheat beer Hefeweizen and the darker British ESB, which means Extra Special/Stronger Bitter (though it really doesn’t taste bitter).

23 Brewing Company’s flagship beer is the Hillbilly Highway Cream Ale, a light-bodied beer in the lager family, brewed with barley and corn. Cream ales were the first truly American beer that came to prominence in the late 1800s. It’s called a cream ale because, like milk or cream, it is better when consumed sooner rather than later. Other options on tap are 23’s Cold Camp Milk Stout, called such because the lactose in the beer does not break down in the fermentation process and lends the dark beer its sweetness, and the Front Brake IPA, known for its more bitter, hoppy aftertaste. 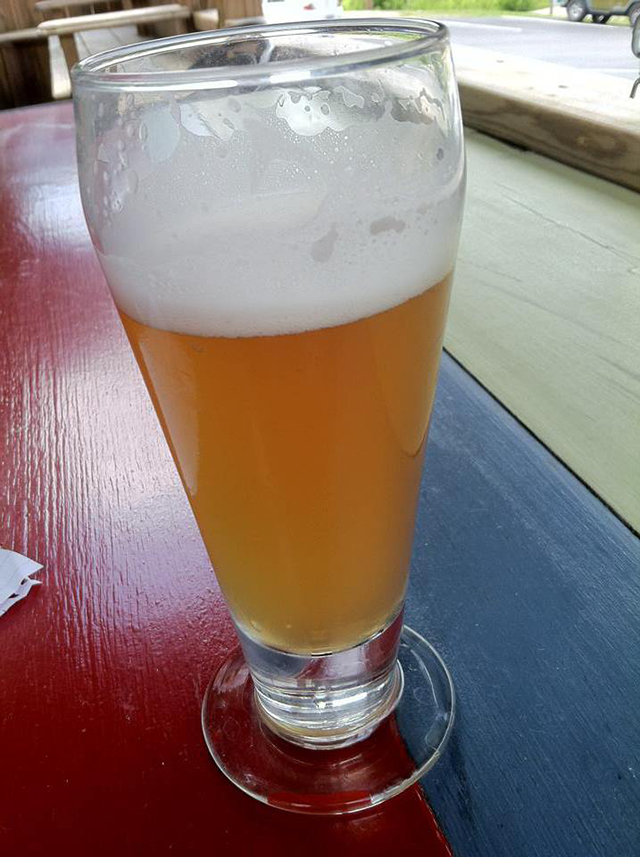 At any given time, Lizzie B’s Restaurant has other regional craft beers on tap to give customers a taste of what is being made in the area. Country Boy Brewing’s American brown ale called Shotgun Wedding is a favorite, as is the old stand-by Alltech’s Kentucky brown Bourbon Barrel Ale. Both are brewed in Lexington. Lizzie B’s  also offers a couple of Cincinnati-made beers like Psychopathy IPA, a hoppy beer with floral and citrus notes brewed by Madtree Brewing Company, and Rhinegeist’s Bubbles, a fruity, tart rosé ale.

It’s easy to see why Lizzie B’s might quickly run out. It can be difficult to keep up with demand — both a blessing and a curse — because brewing beer is not a speedy process. “Lighter styles like the cream ales we do, typically to go from grain to glass it takes about 10 to 14 days,” Slone said. “Whereas if you’ve got a darker beer it’ll take a little bit longer because you want the flavors [to have] a chance to meld together and all that. And also alcohol percentage plays a role in that as well, as well as your yeast. You know, if you’re doing like a big imperial stout, you’re looking at a month of fermentation plus probably couple more weeks of aging.

“They go pretty quick, especially in the summer and fall,” Slone said.

After a day of hiking, biking and exploring, sit out on the patio with a thoughtfully crafted artisanal beer in hand. As you watch the sun set over U.S. 23, taste the tradition of small-batch brewing crafted right here in Prestonsburg.

To find out what’s currently on draft, call Lizzie B’s Cafe & Bakery: 606-886-2844. Lizzie B’s has live music weekly, and daily restaurant specials. We recommend the spinach and artichoke dip to share, followed by a hamburger and a side of sweet potato fries. With all the homemade pastries, cookies and cheesecakes available, try not to fog up the dessert case.

To satisfy your thirst for more craft breweries in the area, visit Kentucky’s Brew Trail.

From Grain To Glass: 23 Brewing Company