The Battle That Built a Future President

Each year, the second weekend of September hosts a re-enactment of true American history. Located in a valley nestled between the Appalachian mountains of eastern Kentucky is the Middle Creek National Battlefield, site of the largest Civil War battle in the region.

It was January 10, 1862, and the ground was covered under snow and ice as the river continued to rise. Weather conditions were wearing about as rough as morale. Artillery, clothing, and food supply were all running dangerously low. By the time this battle made its way to the region, Kentucky was widely recognized as a split state, pitting neighbor against neighbor and turning family to foe. At the time, Confederates manned both Prestonsburg and eastern Kentucky, even holding a recruiting base downtown. The station became even more important since the region proved to be a gateway into West Virginia and Virginia. It was also crucial territory for the Union to win in the eyes of President Abraham Lincoln, a Kentucky native. With current and future president in alignment for the north, the battle was on.

Following orders from Commander Don Carlos Buell, Colonel James A. Garfield set out to lead the 18th brigade made up of 1500 men into Kentucky. Sitting along the ridge of Middle Creek, General Humphrey Marshall placed the 5th infantry Kentucky and 29th Virginia to see down into the valley below. Around 1 pm on January 10th, Colonel Garfield and his men arrived at the fork of Middle Creek. Not knowing where the Confederates created their post, the Union soldiers had to use special tactics. Garfield ordered a squad of twenty cavalrymen to dash into the valley and draw fire. This ploy sprung Marshall’s trap. A volley from the cavalry companies revealed the Confederate’s position. Seeing this, Garfield ordered his troops to come forward and begin deploying. However, it was not so easy to simply charge his men forward. With confederate support from several surrounding cavalries, Garfield knew he was likely outnumbered. After only showing 20 of his men, he ordered his remaining men to get into formation and march around the mountain and valley below. While his men only circled, Marshall knew that from above it would appear to the Confederates that the opposing infantry was triple what was expected. 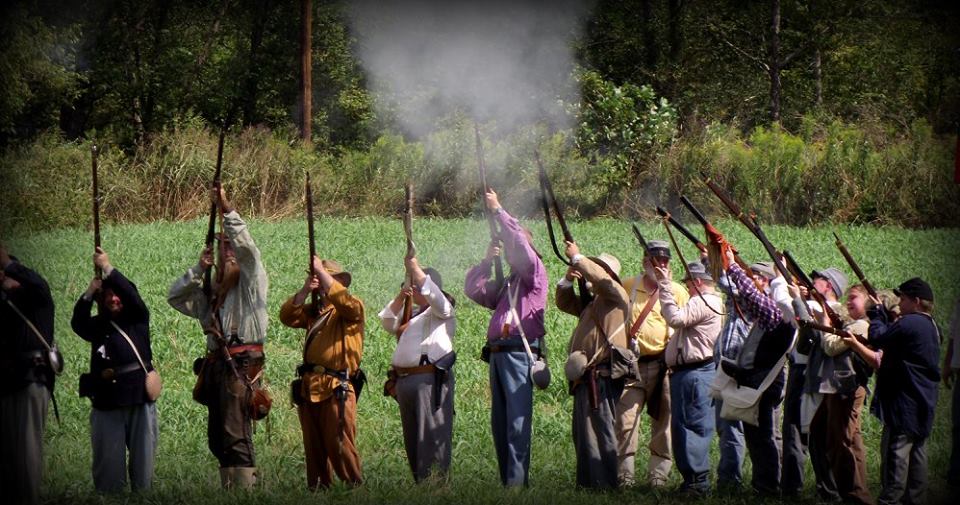 This ploy worked! General Marshall ordered his men to retreat, fearing tragic bloodshed. While pushing them back into Virginia, the Unions claimed another Kentucky victory. Adding to the story, General Garfield utilized his access to additional resources to help the people of eastern Kentucky, who were reeling from ice storms and flooding. The former college professor from Ohio returned with boats, food, and clothing for the people that once opposed him. Garfield became a household name not only within the military but also central Appalachia. When it came time for James A. Garfield to run for president, the people of Prestonsburg and Floyd County did not forget his kind actions. On March 4, 1881, President Garfield began serving as the 20th president of the United States. 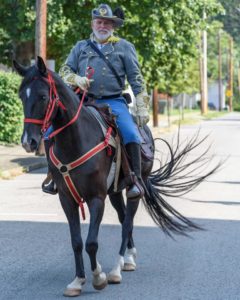 People of all ages now have the opportunity to witness this very story come to life during the Battle of Middle Creek Re-enactment. The 2022 weekend event begins on September 9th and runs Friday-Sunday. Onlookers can visit the free event beginning at 10am with battle re-enactments happening each day at 2pm. Camp learning stations are available along with special ceremonies. Visitors can also view artifacts from the battle and era throughout the year at the Historical Samuel May House, which was used as a recruiting base. For more information on the battle and Civil War history in Prestonsburg, visit www.middlecreek.org.

The Battle That Built a Future President